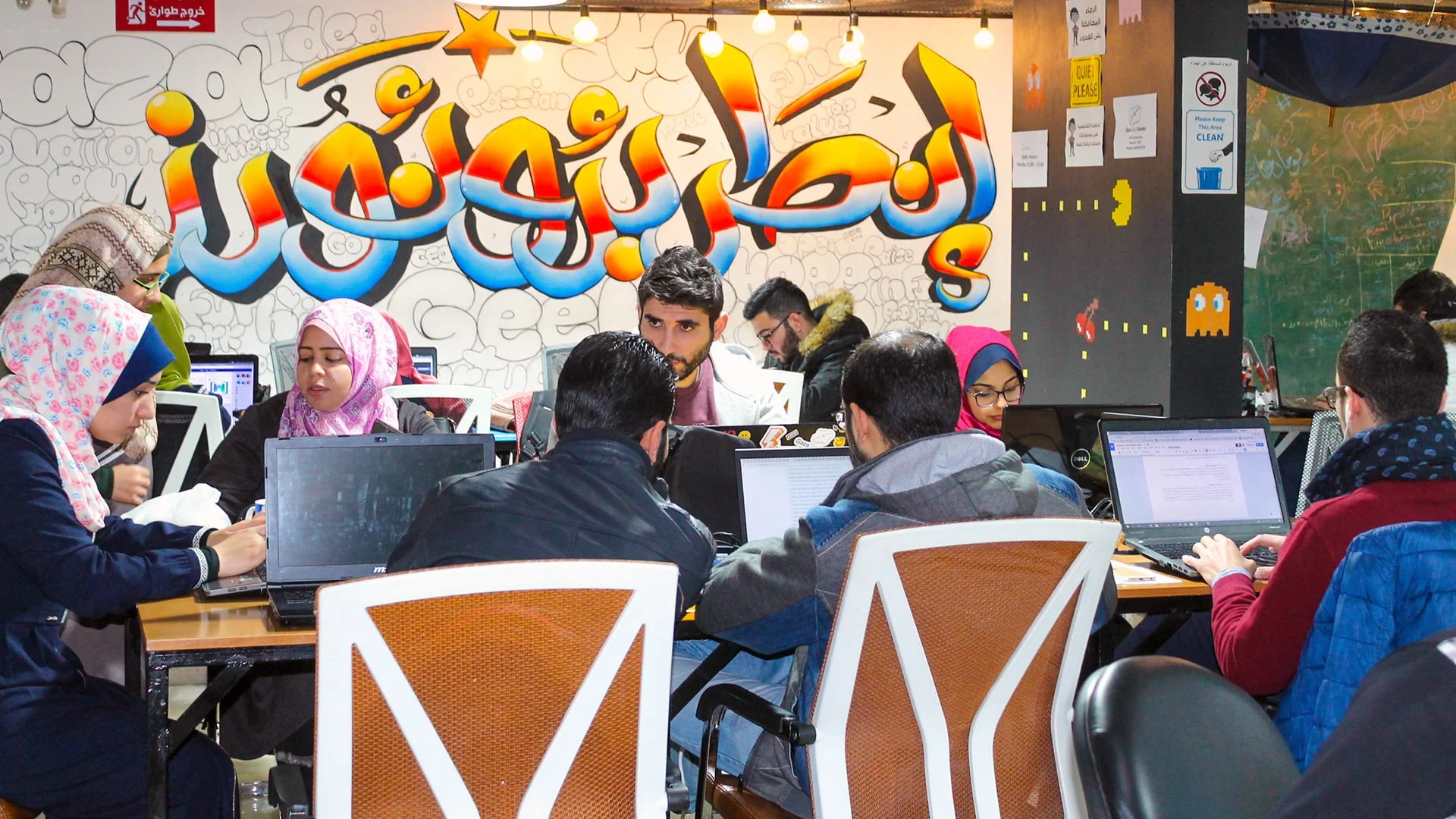 The situation of permanent conflict in which the Palestinian territories have been engaged for more than half a century fosters a political and social context under tension. In addition, the economy is hampered, particularly due to restrictions on the movement of people and goods. Such inertia naturally has an impact on the ability of individuals to enter the labour market, particularly the educated youth of Gazan society, in the digital sector. It is in this difficult context that Gaza Sky Geeks was created in 2011, with the help of Google and NGO Mercy Corps, with the aim of fighting against the logic of exclusion that is at work.

From the very beginning, Gaza Sky Geeks has had a number of objectives to build on in its other activities. The Mercy Corps programme quickly applied itself to raising awareness of the advantages and benefits of working online, offering training in Android programming, and teaching the theoretical and practical basics of what makes a start-up, notably through “Startup Weekends”, one of its first programmes. From then on, Gaza Sky Geeks’ mission became clearer: provide the Palestinian population with the necessary resources to develop their online or technological businesses, with the dual objective of creating a competitive global ecosystem and high-income jobs. 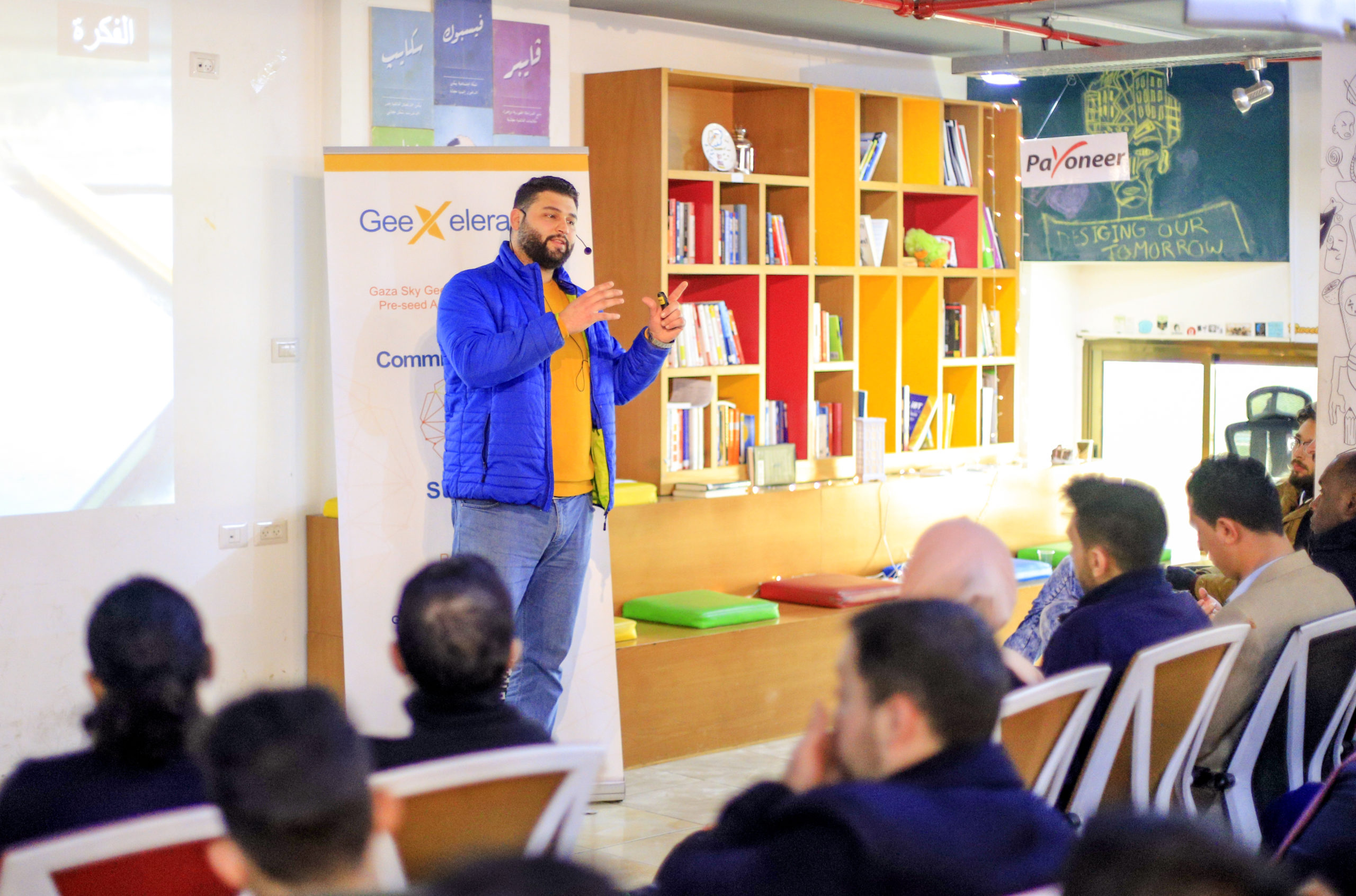 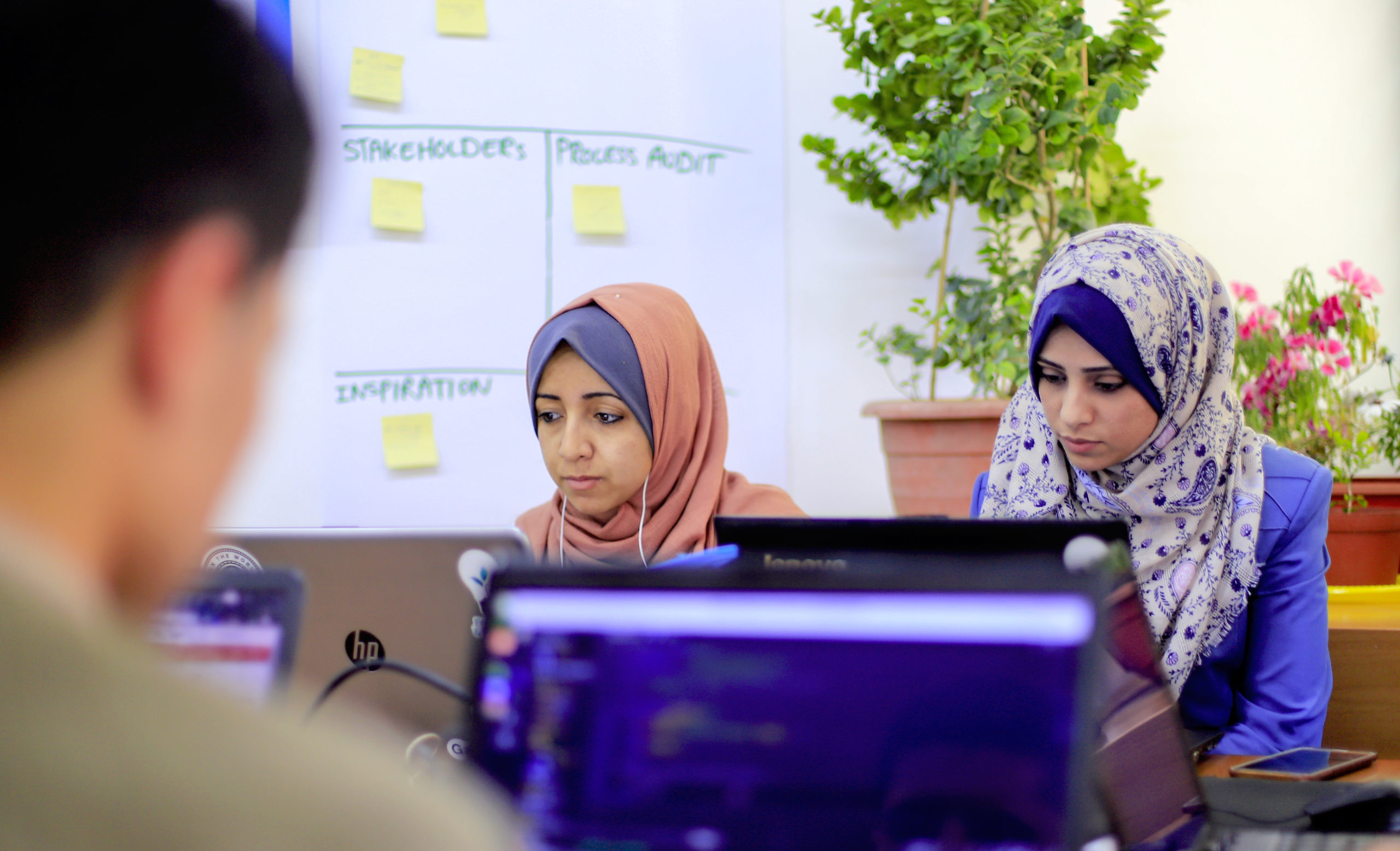 From entrepreneurs to coders and to freelancers, Gaza Sky Geeks’ programmes are aimed at anyone interested in the digital and technology sector. The Pathfinder programme offers a series of events and activities designed to stimulate the curiosity of those new to digital technology and entrepreneurship, and to help them learn how to build their career around the digital economy.

A wide range of courses are also offered. The Gaza Sky Geeks Foundation offers a range of courses for people looking to start a new business, or to develop skills in marketing, development or design, while Launchpad courses enable participants to turn ideas into action by putting their skills to use, to push them towards greater professional inclusion. Courses include the Startup Accelerator, the Coding Career Accelerator and the Freelance Academy. 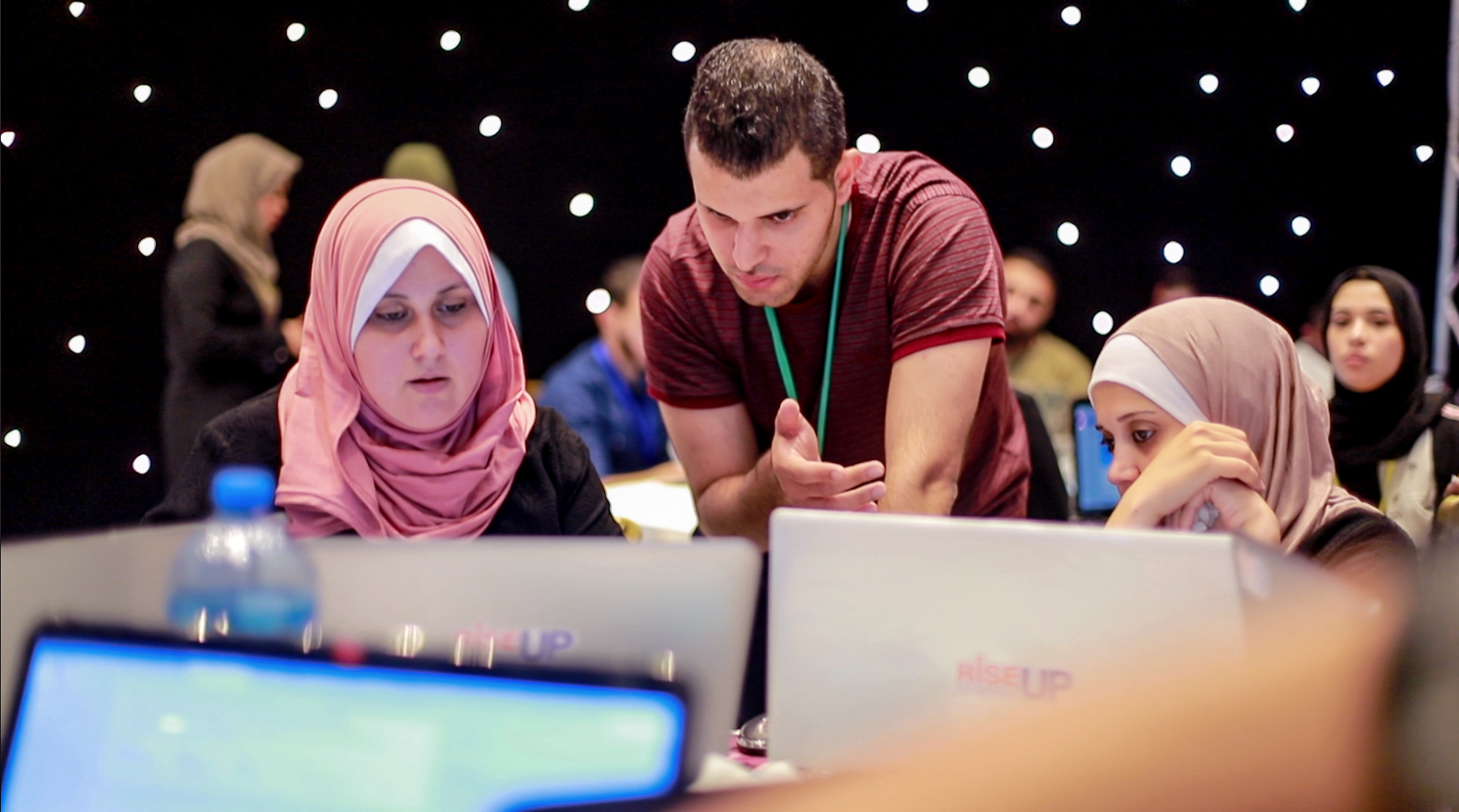 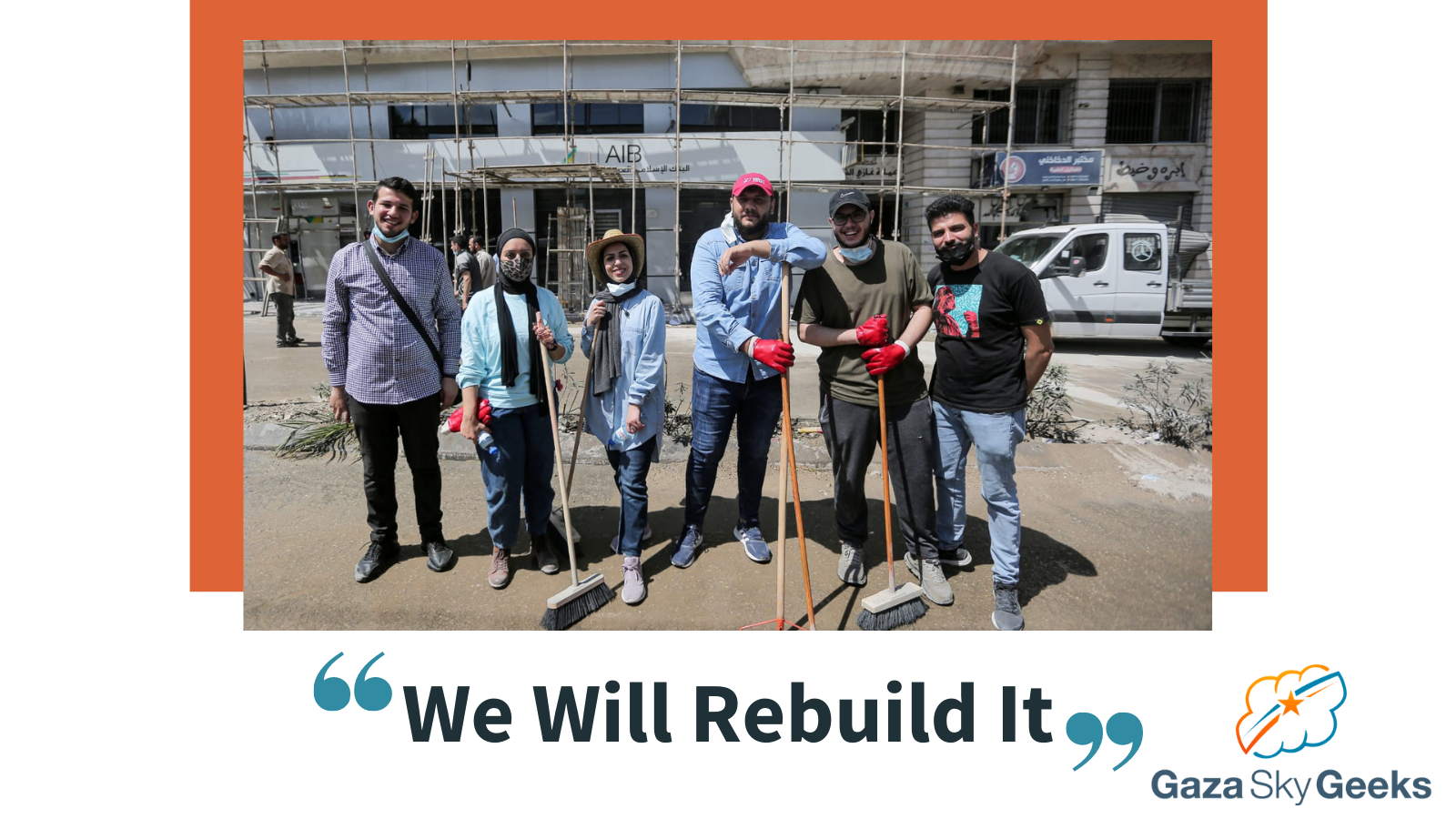 However, like any structure in this part of the world, its progress must regularly come up against the heavy reality of the conflicts that are raging there. Recently, the intensified bombing has led to the death and displacement of people and the destruction of many buildings. With Gaza Sky Geeks’ offices having suffered some damage, it has made it its mission to support the recovery of Gaza’s digital ecosystem by helping to raise funds to repair Gaza Sky Geeks’ offices, and to support other affected businesses by offering them workspace in their offices.

Thus, in a region where armed conflicts are rampant – violent translation of the diplomatic tensions between territories – Gaza Sky Geeks works on its own scale to propose alternatives to a population that is a victim of the inertia of war. To the contexts of social and professional exclusion fuelled by the military context, the Mercy Corps programme responds by including Palestinian youth in high-level jobs and, in so doing, acts for the advent of a socially and economically richer society, for a 3Zero world.