The President of the French Republic François Hollande will give a speech on Tuesday 8th September 2015 at the Palais Brongniart (Paris) at 17h45 during the Zero Exclusion, Zero Carbon, Zero Poverty Convergences World Forum 2015.

This speech and Forum at a time when the international community is getting ready to make decisive commitments for the future of our planet. First in September in New York with the adoption of an ambitious programme to fight poverty through the Sustainable Development Goals by the UN, and later in December in Paris with an agreement on climate during the COP21.

From 7 to 9 September in Paris, the Convergences World Forum 2015 will gather 10,000 participants, public figures, decision makers, non-state actors and 300 speakers from over 50 countries, around the shared Zero Exclusion, Zero Carbon, Zero Poverty objective.

« This Triple Zero objective may seem utopic, must incite us to think and act together to respond to the clearly paradoxical duty we have of achieving both a world without poverty, and a world without carbon. This implies responding to the poverty challenge that the majority of the world’s population still faces, as well as unemployment, through inclusive, rapid and low carbon growth, limited in use of natural resources and rich in personal and collective development. » explains Frédéric Roussel, Founder and President of the Convergences World Forum. 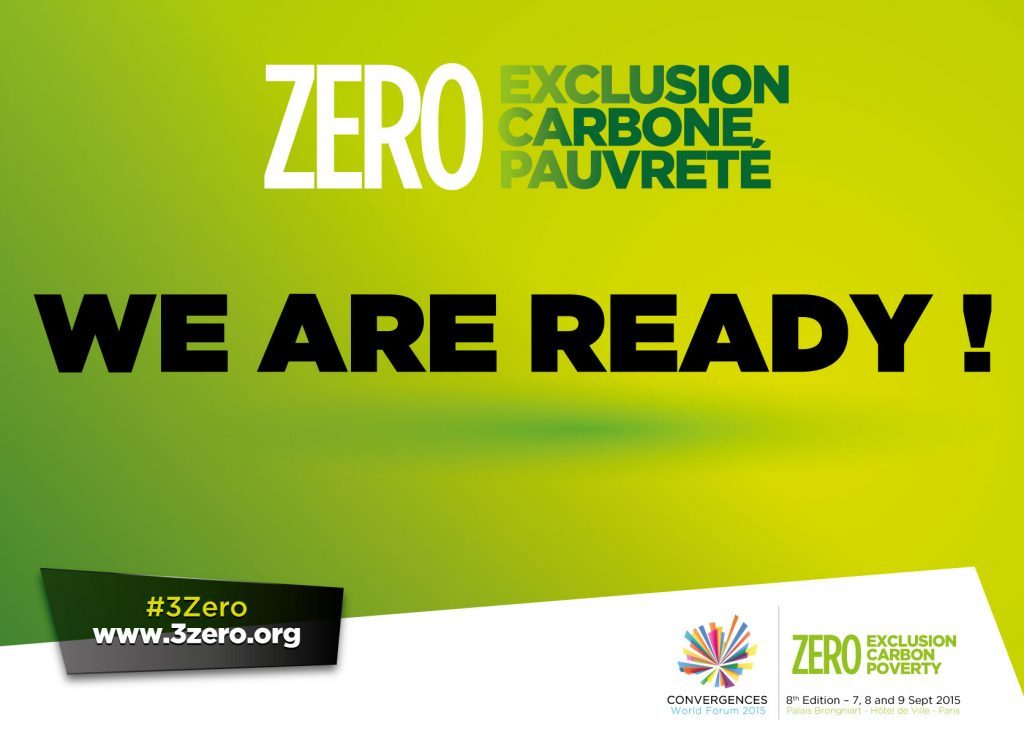