Apply for the 2018 Convergences Awards! 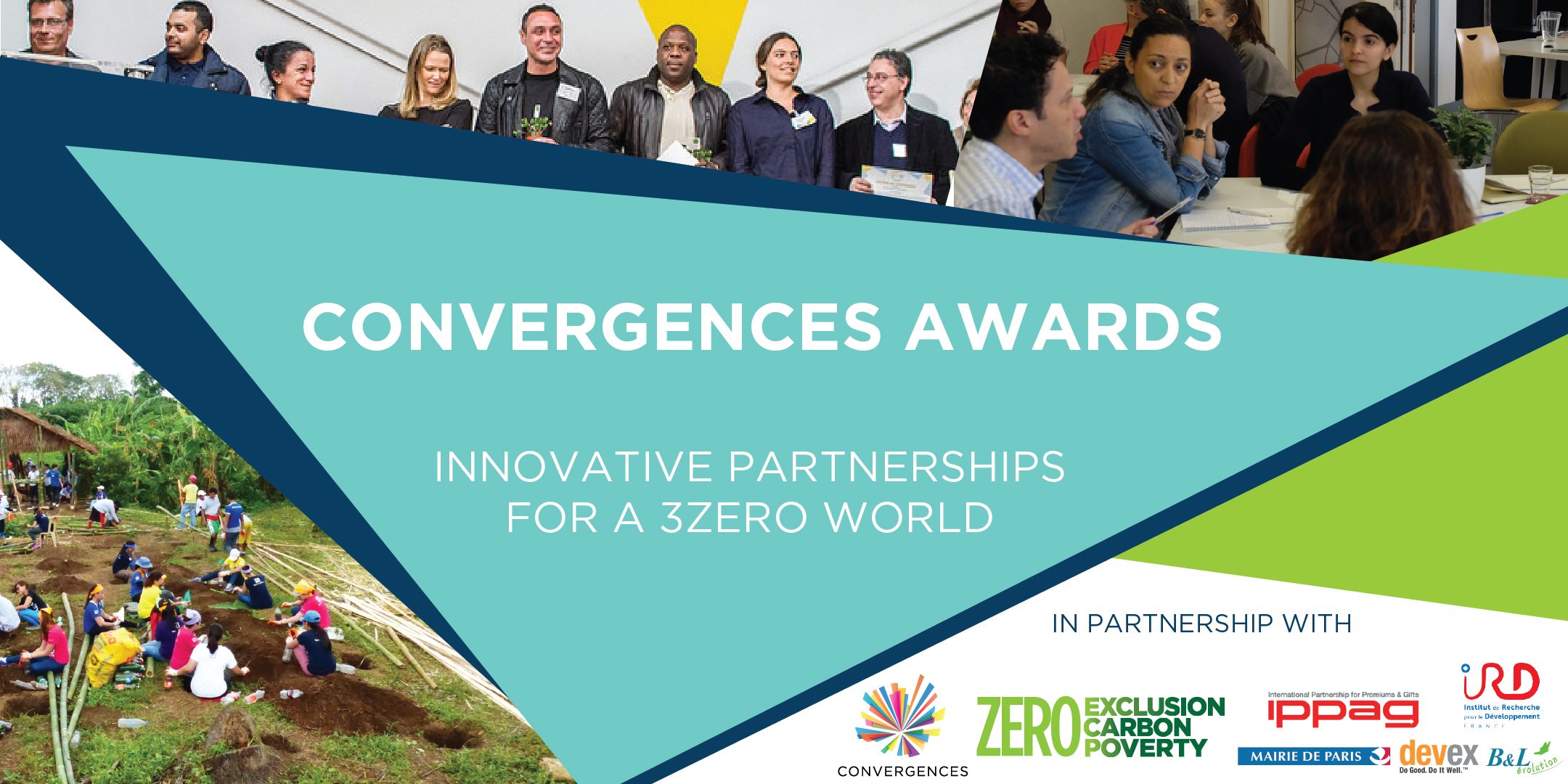 Every year since 2011, the Convergences Awards have rewarded innovative partnerships for the benefit of the common good. This year, the Awards are supported by IRD, IPPAG, as well as B&L Evolution, Devex and Mairie de Paris. They are open to projects carried out by a solidarity-based or academic/research organisation in partnership with private or public organisations.

This year, the Awards include 3 categories:

Rewards: a financial dotation from 10,000 to 15,000 €, visibility through the participation to the Convergences World Forum, networking with Convergences’ stakeholders and a possibility of pro-bono support from our partners.