Global microfinance figures: what are the trends?

Since 2010, the Microfinance Barometer analyses key figures on financial inclusion worldwide, using MIX Market figures on the global microfinance market. Here is a look back at the main trends in the sector.

Focus on institutions and clients

In ten years, microfinance institutions (MFIs) have lent hundreds of billions of dollars, with an average annual growth rate of 11.5% over the past five years. At the same time, the number of borrowers worldwide continued to increase – albeit at a slower pace than in the 2000 to 2010 period – recording an average annual growth rate of 7% since 2012, compared to a rate of nearly 20% in the previous decade.

In 2018, 139.9 million borrowers benefited from the services of MFIs, compared to just 98 million in 2009. Of these 139.9 million borrowers, 80% are women and 65% are rural borrowers, proportions that have remained stable over the past ten years, despite the increase in the number of borrowers. With an estimated credit portfolio of $124.1 billion, MFIs recorded another year of growth in 2018 (+8.5% compared to 2017). 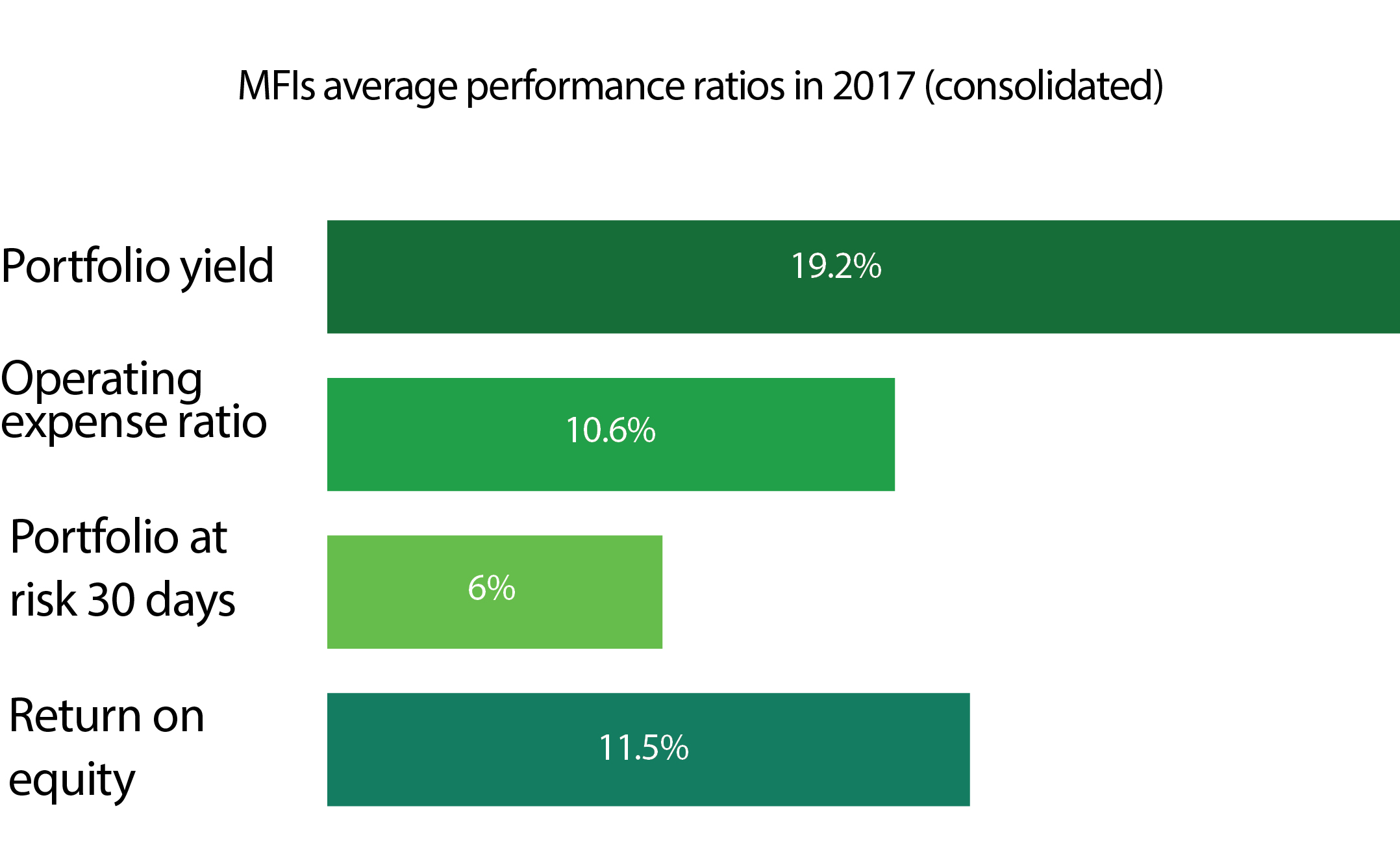 Focus on the regions

South Asia continues to dominate global microfinance: it is the region with the largest amount of borrowers (85.6 million in 2018), with this number growing faster than in other regions (+13.8% between 2017 and 2018). It also has the top three markets in terms of borrowers, India, Bangladesh and Vietnam. Sauvegarder et quitter

A notable feature of the region, almost all borrowers are in fact female borrowers (89% in 2018). Although it represents almost two-thirds of global borrowers, South Asia is only second in terms of credit portfolio, with an estimated outstanding amount of $36.8 billion in 2018.

In contrast, Latin America and the Caribbean alone account for 44% of the total microfinance sector portfolio, with $48.3 billion in outstanding loans (+5% per year on average since 2012). This region is the second largest in terms of number of borrowers, with 22.2 million customers in 2018, a slightly lower figure (-0.3%) after years of growth. The Latin America and Caribbean region also continues to be characterised by a low penetration rate in rural areas. MFIs in the region are the least rural-oriented, accounting for only 23% of their clients.

Finally, with 73% female clients and 79% rural borrowers, MFIs in East Asia and the Pacific continue to grow with a portfolio of $21.5 billion in 2018, up 13.1%. The same year, 20.8 million beneficiaries borrowed from MFIs in this region (+10.2%). Since 2012, the total outstanding amount of MFIs in the region will has increased by an average of 16% per year, accompanied by a continuous but more moderate growth in the number of clients (+6%/year). 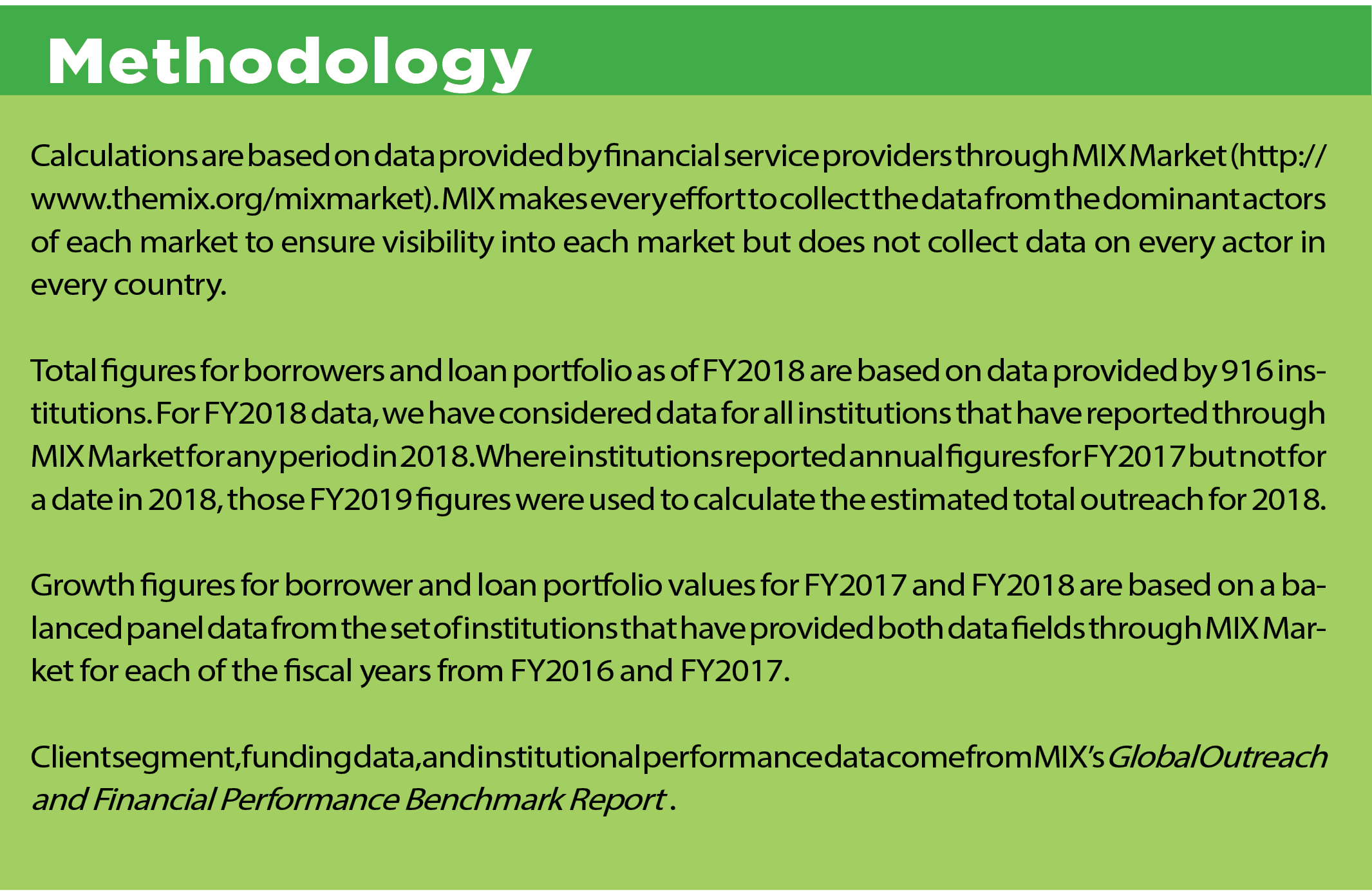