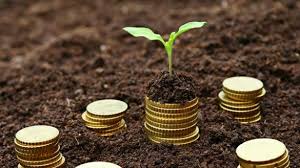 Unlike its “professional” counterpart, the “personal” microcredit does not have a purpose directly linked to employment as it does not finance business creation. In France, the law states that it must finance projects for professional integration or social integration. In reality, the first objective has taken precedence: since 2005, 3 out of 4 microloans have been used to finance a project to access or maintain salaried employ­ment. The main reason certainly lies in the fact that financing a vocational training project must be the most effective way to improve the precarious situation of microcredit seekers. Is this assessment justified?

In 2013, Caisse des Dépôts conducted a study of the impact of personal microcredit. Interestingly, this study found that when borrowers pursued a professional objective, two thirds saw their situation improve or be pre­served. However, the extent of the results varies according to the appli­cant’s initial situation: borrowers who were employed at the time of the request carried out their project in a sustainable manner in 72% of cas­es (keeping the current job, accessing improved professional conditions, etc.); those who were unemployed at the time of the request are only 55% more likely to have observed lasting success.

What about the impact of personal microcredit on the standard of living of borrowers? Here again, there is a positive effect: borrowers with a voca­tional training project see their average monthly wage rise from 771 euros when they apply for a microcredit to 881 euros at the time of the survey (the time between the two ranges from 6 months to 5 years).

Widely recognised, these positive effects of the personal microcredit in France are dependent on the support offered by the many associations and credit institutions offering their services and counsel to borrowers. Through their advice, support and selection assistance, this ecosystem ensures that this type of loan maintains its social component. Interest rates, which range between 2.8% and 5.5% for a loan of less than 3,000 euros, also contribute to strengthening the social dimension of personal microcredit.

The Social Cohesion Fund’s (SCF) support to the professional credit segment is channeled towards the following mecha­nisms:

Through these funds, the SCF has helped finance the creation, take­over or development of nearly 24,800 very small businesses (VSBs) or social enterprises, including 21,387 beneficiaries of a bank loan guar­antee (or similar). These guarantees are distributed in the following way: 20,732 VSBs, 655 social economy organisations, and 5,475 ben­eficiaries of PTZ.

19,468 jobs were generated in the VSBs sector, including 8,662 thanks to bank guarantees (notably linked to female entrepreneurship) and 10,806 thanks to non-bank guarantees such as Adie’s. In the social economy sector, the number of created or consolidated jobs amount­ed to 15,964. In addition, entrepreneurs benefiting from PTZ reported a forecast of 7,492 jobs created. Taking into account a 38% coupling rate in 2017 of PTZ files with an SCF guarantee, it can be extrapolated that more than 40,000 jobs were either created or consolidated thanks to financial support from the SCF.