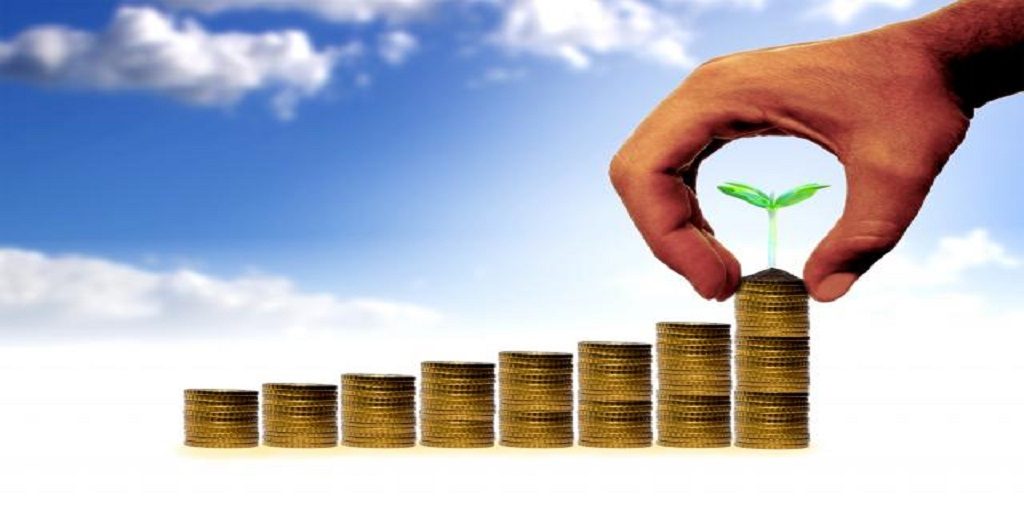 Historically, international funding for microfinance came from donor organisations, including public development agencies and private foundations. As the sector commercialised, the need to access capital markets became crucial for the professionalisation of microfinance institutions (MFIs), thus paving the way for the development of Microfinance Investment Vehicles (MIVs).

These independent investment vehicles open to multiple investors and specialised in microfinance were created in order to channel private capital to MFIs through debt or equity. Two decades after the set-up of the first MIVs in the industry, they still remain the primary gateway for private investors looking to invest in emerging and frontier markets mainly because of their expertise over the whole value chain. As of the end of 2016, there were 127 MIVs with 13.5 billion dollars of total assets under management (AuM) globally 1.

Despite the historical and crucial role of Development Finance Institutions in the growth of MIVs, these vehicles are today largely financed by private institutional investors, including among others: pension funds, banks and foundations (52%). Retail investors and high net worth individuals constitute 28% of total funding and 20% of total capital is sourced from public investors.

Fixed-income MIVs hedged in dollars have shown a positive performance for the last ten years, without a negative year or even a negative quarter. Their net returns have averaged 3.3% over the 2006-2016 period (see graphic below), and USD-hedged MIVs are estimated to represent 75% of total MIV AuM. 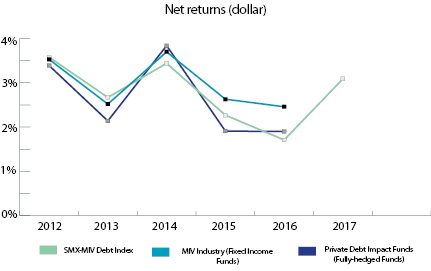 Net Asset Value (NAV) per share performance was at its peak back in 2007–2008 (i.e. 6.5% and 6.2% respectively), declining dramatically following the financial crisis to reach 2% on average for the next three years (2009-2011). The pressure on credit premia was mainly due to the drop in money market rates, resulting in MFIs’ demand for lower financing rates.

In addition, increased liquidity levels in local markets led to an increased competition among MIVs which put downward pressure on yields2. 2012 witnessed a short peak (3.5%) before returns declined again in 2013 (2.5%) when several emerging market currencies depreciated against the dollar resulting in a rise of hedging costs for local currency funding3. Returns in the following years continued to average 2.5% due to political and economic crisis in several emerging markets. Despite the decline in returns, MIVs’ portfolio quality remained stable with loan loss provisions averaging 2% of MIVs’ microfinance portfolio while loans written-off were much lower, registering 0.5% for the period under review.

Due to the labor intensive nature of MIV business models, MIV’s’ total expense ratio (see “Methodology”) did not decrease dramatically but rather, remained stable at 2.3% on average, naturally varying for funds with different investment strategies.

In terms of social outreach, MIVs on average financed 400,000 active borrowers at the end of 2016, with a important increase throughout the years.

Overall, MIVs witnessed stable growth and sustained profitability through several challenging periods for international capital markets, among others the financial crisis of 2007-2008, and the different microfinance crisis that followed, most notably in Nicaragua and India. MIVs have proved to be a stable and resilient channel for private investors wanting to approach financial inclusion from an investment perspective, providing a de-correlated financial return along the important social component in the context of future population growth in many emerging and frontier markets4.

Furthermore, MIV’s can contribute towards the United Nations’ 2030 Agenda for sustainable development by financing the current sustainable development gap estimated at 2.5 trillion dollar per year, most of which will be channeled towards emerging and frontier markets through financial inclusion schemes. MIVs thus remain catalysts in facilitating foreign private sector capital towards the Sustainable Development Goals, more so given the increasing evidence that financial inclusion has a direct impact on outcomes such as health (SDG 3), education (SDG 4) and gender equality (SDG 5) in addition to having an indirect impact on broader SDGs, in particular on growth (SDG 8), as it facilitates the financing of small and medium enterprises, as well as inequality (SDG 10) and peace (SDG 16).