Climate taxes: France can learn from other countries

Although the increase in the carbon tax in France was not the main reason for the upsurge in energy prices in 2018, it was nevertheless this tax that catalysed broad discontent and gave rise to the yellow vest movement. After being “frozen” at its 2018 level by the French government, the future of this tax remains uncertain. France is by no means the only country to have difficulties – this is an understatement – in introducing an carbon tax accepted by the public opinion. Nor is it the only one to have taken up the challenge of public policies leading to rising energy prices for households and companies. According to the World Bank, at the end of 2018, 29 countries or provinces had carbon taxes and there were 28 carbon markets worldwide . Not to mention the countries that have sharply reduced their fossil fuel subsidies.

The Institute of Climate Economics (I4CE) analysed ten countries in four different continents which have addressed the challenge of climate taxation and, more generally, that of increasing energy prices . While each country is different and it is difficult to draw universal recommendations from foreign experiences, we nevertheless believe that three lessons are relevant to France.

The importance of transparency

The most important thing is to be transparent about the use of the income generated from carbon taxes. The use of income is key to the acceptability of the reform and must be discussed well in advance in order to prevent it from becoming a seed of discontent. That being said, whatever the use made of it – and countries that have successfully implemented reforms used very different choices – full transparency is required. This is what the province of British Columbia, Canada did. Each year, the Minister of Finance is required to report to the Parliament on compliance with the commitment to ensure the neutrality of mandatory contributions. The Parliament examines their report on the use of revenues over the previous two years, and approves a three-year plan on the use of tax revenues. Furthermore, the Minister made 15% of his salary conditional on the respect of this commitment to neutrality. The situation in this country shows that it is possible to be transparent about the use of the income generated from a carbon tax, to orient its use without allocating it to a fund separate from the State’s general budget. 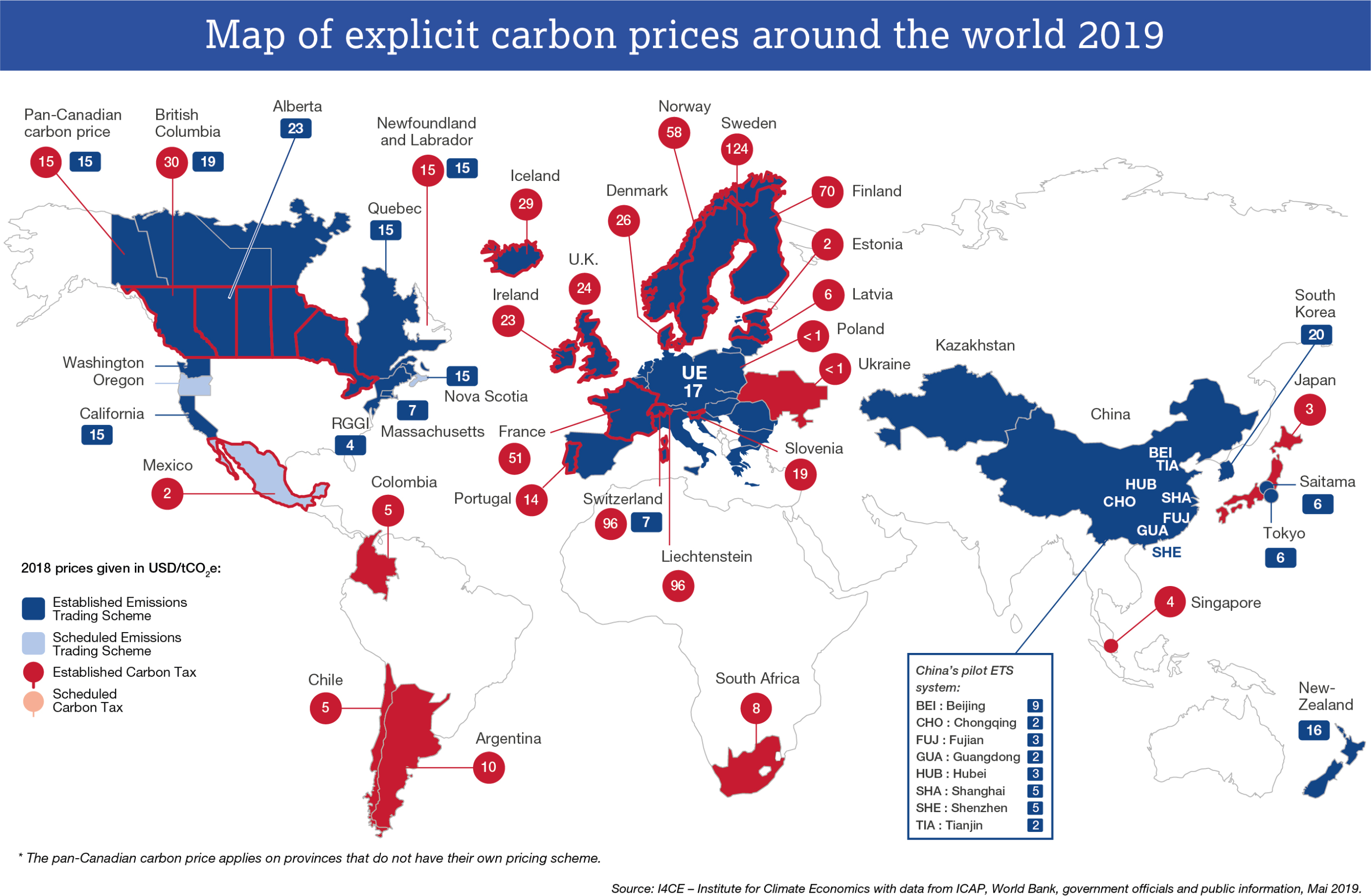 Make counterparties visible to the taxpayer

The second lesson is that the entities benefiting from rising energy prices must be made visible. Increase in these prices are highly visible, hence the beneficiaries must be equally so. The State of California played a role in enhancing the full transparency and visibility of beneficiaries. The Public Fund created from the carbon market revenues received clear objectives, as 60% of the money must go to mobility and housing. Each year, the Assembly decides which public programmes are to be funded, following a broad public consultation. All of the Fund’s achievements are mapped out on a website, projects on the ground are labelled and communication campaigns are launched to provide a very tangible overview of the Fund’s impacts. A campaign to destroy old cars was organized at the Los Angeles City Hall Square in order to highlight the impacts of new subsidies for the purchase of cars that consume less energy.

There is one final lesson to learn from foreign experience: you have to listen to criticism, adapt, and persevere. Indonesia experienced widespread riots when it began to cut its fossil fuel subsidies. It has learned from this, putting in place a large number of social programmes to protect the poorest. In the end, it took 25 years and several reversals to drastically reduce subsidies in this country. British Columbia also persevered. Four months after it was implemented, the carbon tax was rejected by the majority of the population. It now has two supporters for each opponent.

Increasing energy taxation is a necessary political challenge, and it takes time. By learning from mistakes and experience abroad, we hope that France, like other countries, will find a consensus to push through these necessary reforms.