The climate transition must be social to be accepted

Protests about the climate emergency are on the rise and are calling for a fair ecological transition. Young people are undertaking climate strikes and, in recent months, some yellow vests have even joined the movement asking for a green and yellow convergence, under the slogan: “End of the world, end of the month – same fight!”

This stance is interesting and even surprising, because the spark that triggered the yellow vest protest movement was the introduction of a carbon tax, a measure that is guided by environmental objectives. However, although the tax was environmentally-friendly, it was also anti-social. It disproportionately affected low-income households, while offering inadequate support to them. When combined, these elements have created strong resentments associated with social inequality.

Policy-makers must understand that not all are exposed evenly to the effects of measures addressing the ecological transition, and adapting them accordingly is essential to a more just and acceptable ecological transition. For example, the carbon tax, which has been reverted following the Yellow Vest protests, represents on average a cost of €340 per year for a French household and affects low-income households three times more severely.

While ecological transition policies cannot solve entirely social injustices, it is essential that they do not exacerbate existing inequalities. Redistributing part of the revenue from the carbon tax to low-income households could therefore be a way of maintaining a “climate price signal”, limiting the impact of this tax on purchasing power, but still increasing the cost of fossil fuels in order to reduce their attractiveness (editor’s note: for more information on this subject, see p.15). Promoting access to sustainable solutions for the most vulnerable, including access to energy-efficient housing, organic school canteens based on the family’s ability to pay, and efficient modes of transport with low greenhouse gas emissions, is another way of guaranteeing the acceptability of the ecological transition.

Supporting changes in employment and production

The ecological transition also raises concerns about employment and the changes it entails for many business sectors. This transition is sometimes even the main reason for the closure of industrial facilities, leading to individuals being forced out of the market place against their will. This is the case with coal and nuclear power plants, for example.

In Germany, the government’s decision to withdraw entirely from nuclear and coal energy, highlights that support is needed for workers faced with the prospect of unemployment. Such closures must be anticipated and necessitate that social partners and local authorities work closely together. Supporting this process with a suitable budget will also be essential in finding acceptable settlements. The German “Coal Commission”, which issued its report last February, promised €40 billion in public funds to support both the regions and employees. 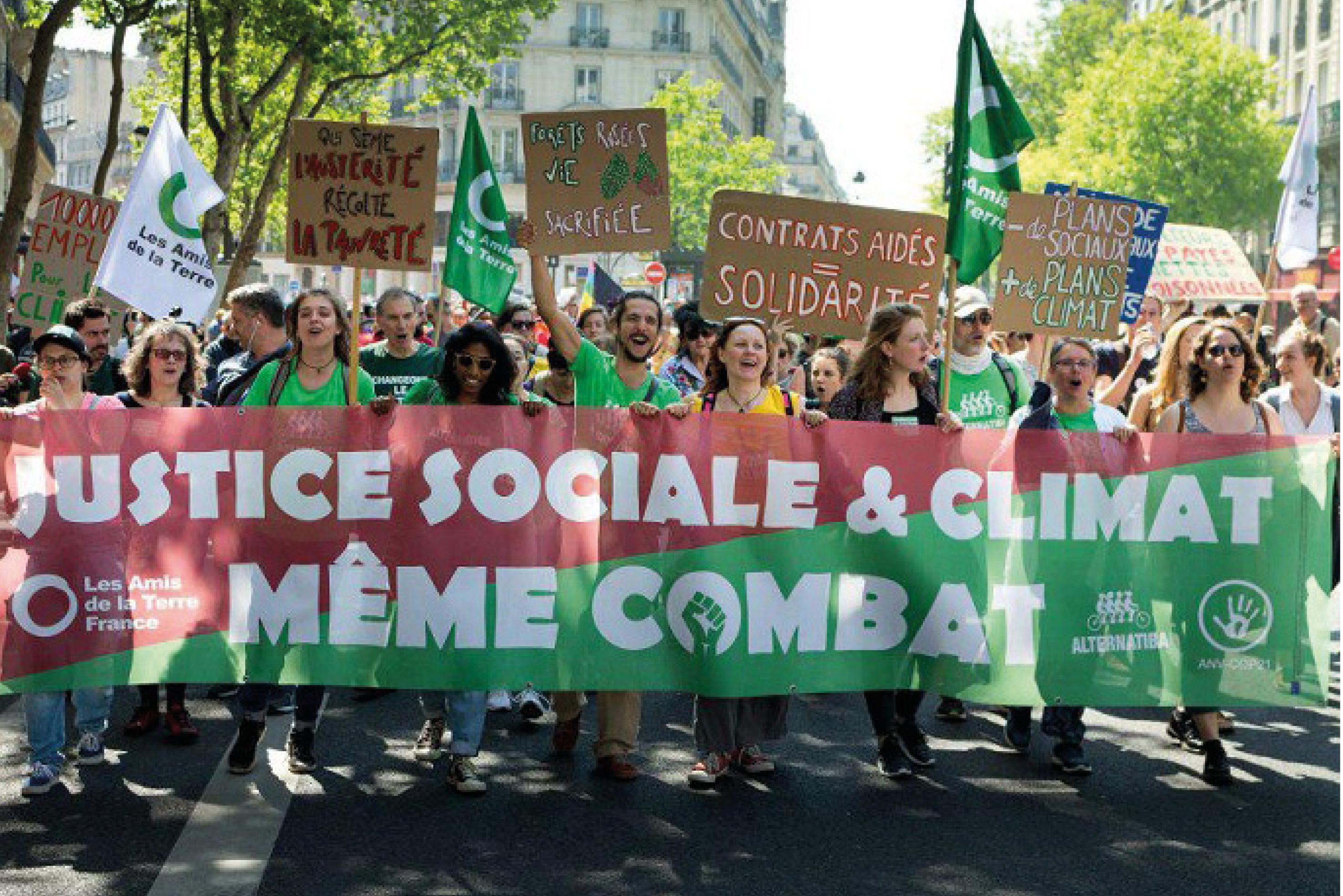 “There are no jobs on a dead earth”. This slogan, used by trade unions and NGOs at COP 21 in Paris, clearly illustrates the need to transform the economy and the systems of production.

Other sectors are also facing very significant restructuring processes linked to the ecological transition. This is particularly true for the automobile sector, in which the closure of a site is often the result of several factors: changes in mobility, diesel car scandals concerning air pollution, and increased international competition. Ultimately, a multitude of activities have been and will be impacted on a more or less direct basis. These include transport operators, commercial flight crews, farmers, fishermen, as well as civil engineers in public works and subcontractors.

“There are no jobs on a dead earth”. This slogan, used by trade unions and NGOs at COP 21 in Paris, clearly illustrates the need to transform the economy and the systems of production. But this does not make the concerns of employees in transforming sectors any less real. A national framework that would make it possible to anticipate professional re-training for employees in sectors which will be impacted by the ecological transition is currently lacking. For these people to be able to find new jobs in greener sectors before their current ones disappear, they must now be given access to the training and support schemes normally provided after an economic layoff. This process must be given a public budget that is up to the challenge and should include sufficient investment to cover the development of new economic activities in the employment areas affected. The creation of a fund for a fair transition is therefore a priority.